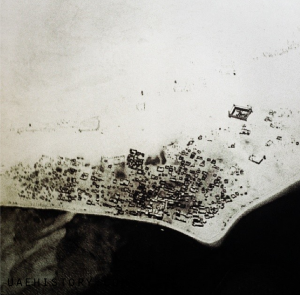 The city of Abu Dhabi is the capital of the United Arab Emirates, and also capital of the Abu Dhabi Emirate, the largest of the UAE’s seven members. Entering the 20th century as a small settlement on the coast living from fishing and pearl diving, it was occupied mainly during the summer months. Most dwellings at this time were constructed of palm fronds (barasti), with the wealthier families occupying mud huts.

In the 1930s, as the pearl trade declined, interest grew in the oil fields of the region. It took a few years until the 1950s to explore the soils and to begin extracting the oil. But from the 1960s onwards the oil industry contributes increasingly to Abu Dhabi’s wealth. A wealth that attracted immigration and the population grew rapidly from about 50000 inhabitants in 1965 to over one million today. A population growth mainly attributed to the expatriate workers, who constitute today about 80% of the population of Abu Dhabi. 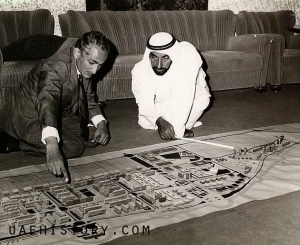 The metropolitan area of Abu Dhabi can be distinguished in two parts, the islands and the mainland. The city stared on the T-shaped main island jutting into the Arabian Gulf from the central western coast. It was there, where fresh water had been found at the end of the 18th century, leading to a migration of Bedouins on the island. From the late 1940s the first settlements on the coast line, which had been laid out according to the four main tribes, started to grow and the first concrete building appeared. When Abu Dhabi began to develop rapidly, the rules decided to adapt an urban development with large streets and roundabouts, connecting the plots and their buildings. With this spatial planning method based on building the technical infrastructure and setting up simple land regulations the city spread over the island in the direction to the mainland. 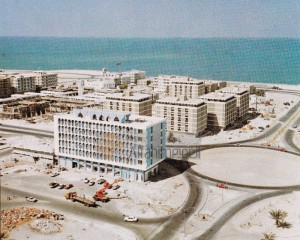 The fast growing wealth of the emirates needed to be handled with care to avoid internal conflicts that could break apart the young nation of the United Arab Emirates founded in 1971. The rulers set up a system of distributing the wealth equally among the emirate citizens. Creating plots and distributing the land free among the citizens is until today part of this system, which keeps the social peace in the Emirates. For example every male citizen turning 30 can claim a free plot of land of 1000 sqm in the form of a 33 by 33 m square and an interest free loan to build his house.

Also in other circumstances plots of different sizes and shapes can be distributed for investment projects in housing, offices or industries. The public authorities then provide the technical infrastructure to connect the plots. The plots are often assigned to the beneficial owner before analyzing the nature of his project and the real needs in plot size and form. This can lead to an over-allocation of land and oversized plots. If the assigned plots are too large for the needs of the final build project, parts of the plot will simply stay vacant and leave empty spots in the urban fabric. 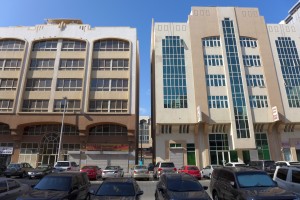 Keeping a distance between buildings in Abu Dhabi © Christian Horn 2014

The Abu Dhabi 2030 urban framework plan established an Urban Growth Boundary to limit sprawl. But plots associated with building rights had already been allocated outside the UGB and new plots keep on being distributed. As these plots will be connected by streets and technical infrastructure, the goal of the  limitation of urban sprawl by the UGB is increasingly challenging. Plot ownership or building rights will not be taken back by the public authorities, once attributed. Land ownership and private property have a particular status in the UAE. They are estimated as important, essential and untouchable. The withdrawal of a plot or a building right attribution in the general public interest is a difficult, if not impossible decision for the public authorities. 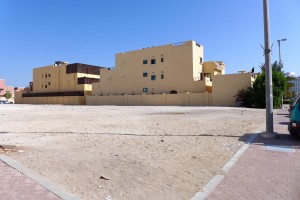 The suburban areas are partly dominated by the attribution of the 33 by 33 m housing plots to young Emiratis. These plots are often surrounded by a wall and separated from each other by a 2 m wide empty corridor, potentially a pathway or sikka. And not all attributed plots are built on, leaving empty vacant plots for several years between the houses. Besides contributing to the urban sprawl, lively neighbourhoods are difficult to imagine for European eyes in this suburban cityscape of walled houses and car dominated streets. Public spaces rarely exist and if they do, they seem to be rarely used.

The urban extension based on the plot distribution system, might have played its role in stabilizing the young nation, but does not seem to be appropriated for tomorrow’s needs of Abu Dhabi. It is only a small calculation to see when the Abu Dhabi Emirate will run out of land. But even before, continuously extending the city along the coast and into the desert will increase car traffic and congestion. For efficient public transport, as bus rapid transit (BRT) or tramways, the densities are to low. Also maintenance costs of the numerous streets and the technical infrastructure (canalisation, lighting, cleaning) are important in comparison to the number of inhabitants. The question of densification and transformation of these neighbourhoods will have to be set on the future urban planning agenda. 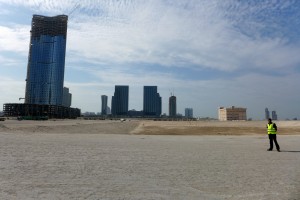 With the new Abu Dhabi 2030 Urban Structure Framework Plan, the idea was to determine a large scale urban development strategy for the metropolitan area that serves as a guideline for the planning on smaller scales and finally results in coordinated neighbourhood plans and building rights attributions following an overall vision. But reality is often still the other way around, by the approval of building permits in cases of urban extension before having determined the functions and urban forms of the new area. A well thought urban planning for a liveable city, where the overall structure of the city is more important than the single plot seems to be impossible in this way.

It is well illustrated in the case of the new Al Reem Island project, a large urban extension on an island partially created by landfills. Several sectors of the island are already built with groups of high rise towers, malls and university campus, while in other sectors the development plan still has to be worked out. Visiting sector four, the north-west part of the island, it is surprising to see that one single high rise tower has its building shell and its curtain wall facade nearly finished, while the rest of the sector is still a sand pit. Looking closer at the plans, the roads are defined and some the plots distributed to their new owners without knowing precisely the program or the density of the buildings or the layout of public spaces. 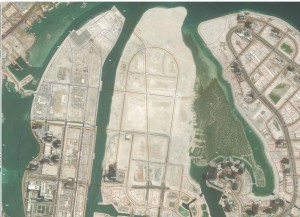 Liveable and vibrant urban areas need the right combination of function and uses, an interesting network of public spaces and public buildings, a diverse offer of housing typologies to make a social mixture possible and to create jobs corresponding to the local population, avoiding long distance commuting. The urban areas should be connected with each other through different types of networks of mobility, but also for nature with green corridors connecting parks and waterfronts.

But if the plots area already allocated, spatial networks are difficult to plan. Public spaces and public buildings are difficult to determine without knowing the needs of the future population. Car traffic and mobility behaviour are difficult to estimate, if the quantity of office space or the housing typologies are not known. It might be the right moment for the Abu Dhabi municipality to change the system from simple land use planning to strategic city planning and place the general public interest above the individual interest. 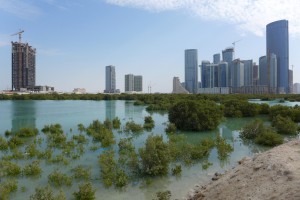 Abu Dhabi has the financial possibilities to take the lead in visionary city planning. To move forward from the model of the modern city and its high rise buildings, to developing their own vision of a liveable city of the future. It means to constantly analyse the drivers of change, imagine the future and plan the city to create good living conditions for the greatest number of people on the mid and long term. Masdar City as an experimental ‘low carbon’ city is probably a step in the right direction, but pilot projects should be set up in different areas all over the city. Different challenges should be tackled, like the transformation of the older urban areas, the diversification of mobility, the preservation of natural areas in the city and the most difficult, the evolution of the plot distribution system.