Since a few years the largest developing countries and big emerging market economies are playing an increasing role in hosting major sports events. The last developed country hosting a FIFA World Cup had been Germany in 2006. The World Cup 2010 took place in South Africa and in 2014 it will take place in Brazil. Brazil will also host the Olympic Games in 2016 in Rio de Janeiro after London, United Kingdom, in 2012 and Beijing, China, in 2008.

Like Brazil, Russia is facing the challenge to host the Olympic Games and the FIFA World Cup in a few years distance. The next Winter Games will be in Sochi in 2014, Russia‘s first Winter Olympics and second Olympics after the Moscow Summer Olympics in 1980, and four years later, in 2018, Russia will organise the FIFA World Cup.

These major sports events focus international attention on the host country, which generally invest important sums in infrastructure upgrades. While for cities like Moscow and St Petersburg, the necessary investments for these events are important but not exceptional, smaller cities face the risk of disproportionate spending on projects without a long term strategy.

Sunday on a Waterway in Saint Denis © Christian Horn 2011

Experience shows that major sports events can be a good accelerator of urban developments that the cities have already planned and that will happen anyway, but on a slower pace. Like the Stade de France, a new multi-use venue built for the Word Cup 1998, was used as a powerful driver in the regeneration of the Plaine Saint-Denis area, 750 hectares of industry and brownfield immediately to the North of Paris. This was made possible because the local authorities had gradually built up, since the mid-80’s, an economic and spatial vision of the future they wanted for the area.

Following is a list of infrastructures and building projects that are in under construction, in planning or in consideration of the host cities. The list had been made public during a conference about the venues of the 2018 World cup in the Metropolitan Solutions Forum of the Hannover Trade Fair 2013.

Careful planning is necessary for all host cities, but especially the middle and small size cities should clearly define their strategy and needs for the time after the event to avoid development efforts being wasted on short term needs. They can take into consideration temporary and modular solutions for the time of the event, like Rio de Janeiro proposes the use of cruise ships during the World Cup and the Olympic Games to increase temporary the number of hotel rooms available. An important task for the planners involved in the projects, still five years left. 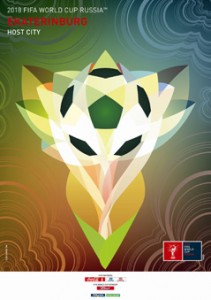 The FIFA2018 poster of Ekaterinburg, Russia

Total reconstruction of the city territory around the stadium. 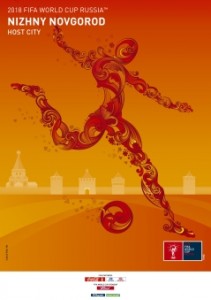 New development project around the stadium at the city’s waterfront. 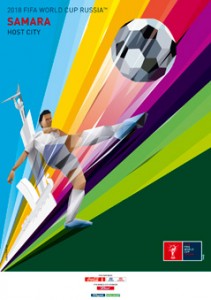 The FIFA2018 poster of Samara, Russia

The stadium site development as a public space for neighbouring housing of 70-80-s and a key point for Samara-Togliatty agglomeration. 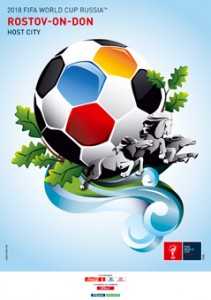 The FIFA2018 poster of Rostov-on-Don, Russia

The stadium located on the left-bank of Don River has insufficient connection to the central part of the city.

The stadium and the new airport (also far from city) may form focal points for the idea of « Greater Rostov » agglomeration. 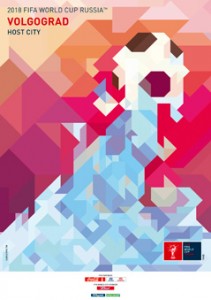 The FIFA2018 poster of Volgograd, Russia

The city has a terrible situation with transit traffic via the central part: construction of a 100 km bypass (or other measures) is necessary to solve the traffic jam problem. 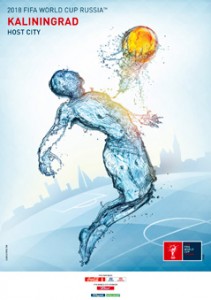 The FIFA2018 poster of Kaliningrad, Russia 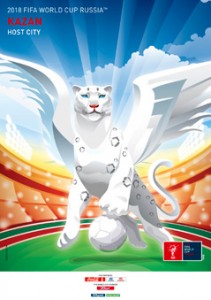 The FIFA2018 poster of Kazan, Russia

The city is ready for the Summer Universiade Event 2013.

New stadium on the new site not far from the city centre.

Fast transportation network and public facilities construction for Universiade need more planning in order to ensure it’s most effective use and link to housing and commercial projects. 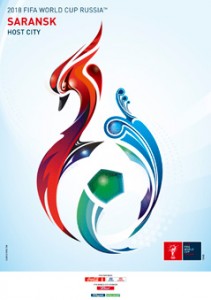 The FIFA2018 poster of Saransk, Russia

Saransk is a smallest city of the FIFA 2018 World Cup. 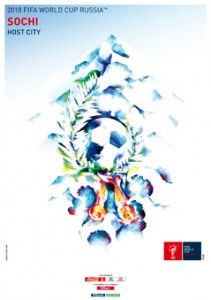 The FIFA2018 poster of Sochi, Russia

Sochi in the period 2014-2018 and further is the main challenge: the maintenance of sport facilities and the further development (e.g. public transport) without serious governmental support. 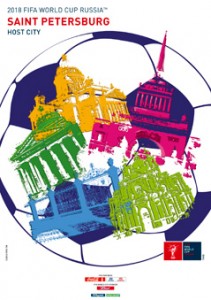 The new stadium is a significant landmark in the city’s panoramic view from the seaside. 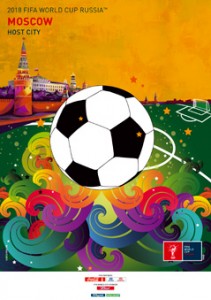 The FIFA2018 poster of Moscow, Russia

The city is developing many projects: Smart city Scolkovo, Moscow agglomeration and new south-west development, transportation projects, industrial sites redevelopment, etc. FIFA 2018 is among them but not the main one.