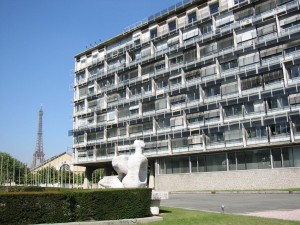 Some 500 architectural experts came to Paris in September 2002 to discuss the plight of a threatened species: architecture of the 20th-century Modern Movement. The 7th International DOCOMOMO Conference met in the UNESCO Headquarters designed by Marcel Breuer, one of the movement’s masters.

The conference was organized around the theme of how modernist works are being perceived and treated in the present day. The aim was to shed new light on the circumstances and environments in which modern architecture was built during the 20th century and the evolution of attitudes towards it.

DOCOMOMO International (« Documentation and Conservation of buildings, sites and neighborhoods of the Modern Movement ») is a nonprofit organization founded in 1988 by Hubert-Jan Henket, architect and professor, and Wessel de Jonge, architect and research fellow, both at the School of Architecture of the Technical University in Eindhoven, The Netherlands.

They were alarmed by the poor condition and threatened destruction of the sanatorium Zonnestaal (1926-29) built in Hilversum by the Dutch architect Jan Duiker. Henket and de Jonge initiated a public call for the building’s restoration. They quickly found widespread support which inspired them to establish the organization. 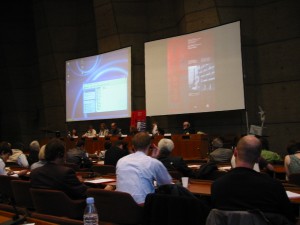 DOCOMOMO began as a small network of experts, primarily European, with hands-on experience in « modern conservation. » The founders expected a total membership of about 40 participants in five or six European countries. But about 140 professionals from 20 countries attended the founding conference in 1990 in Eindhoven.

Just as the architecture of the Modern Movement had been a worldwide phenomenon, so too the problems of undervaluation, weathering, decay, and improper use were not confined to Europe. Word soon spread about the organization, and contacts were established in North and South America.

Local and national membership is on the rise, and there are now 45 working parties worldwide that organize symposia and exhibitions, campaign for Modern Movement buildings under threat, make films and educational documentaries, publish books and reports, debate, and train students. DOCOMOMO has apparently filled a niche in the global drive toward architectural conservation. 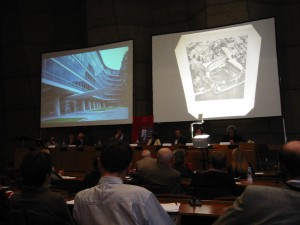 Important elements of the debate during the Paris conference were the strategies of conservation that some buildings have required, the enthusiasm or dislike they have provoked, and the histories — or mythologies — they have produced, notably in the mass media.

The judgement of a building by public opinion can often be completely separate from, even in conflict with, professional, critical points of view. The forces that inspired and influenced a building’s design and the economic and social conditions under which it was built all contribute to how it is perceived.

The participation of UNESCO in the conference dramatized the interest in modern architecture of that agency’s World Heritage Center, dedicated to the protection of natural and cultural properties of outstanding universal value.

Some architecture of the Modern Movement that has already been classified on the World Heritage List includes the city of Brasilia, the Bauhaus and its sites in the German cities of Weimar (by Henry van de Velde) and Dessau (by Walter Gropius), and the Tugendhat Villa in Brno in the Czech Republic, designed by Ludwig Mies van der Rohe.

Even though DOCOMOMO has grown into an impressive network of experts, they do not always succeed in protecting modern works. One recent loss was a house by Richard Neutra in Palm Springs, California, whose destruction took the DOCOMOMO U.S. Working Party by surprise.

New owners had Neutra’s Maslon House (1962) destroyed within 30 days after buying it. Before granting the demolition permit, the city had conducted only one review for the presence of asbestos even though the house was the work of a celebrated modernist architect. 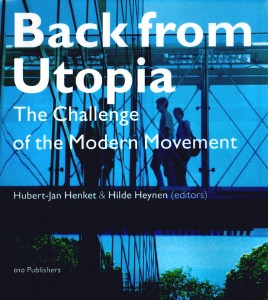 Conservationists were able to intervene earlier in the case of the TWA Flight Center (1956-62) by Eero Saarinen, a NYC landmark and icon of modern design. The Port Authority of New York and New Jersey plans to construct a large U-shaped terminal around the TWA building and convert it to nonaviation use, demolishing its innovative gate satellites and part of the tubular jet ways. The building was vacated in early October 2001.

Ever since DOCOMOMO, the Municipal Art Society, the Museum of Modern Art, and prominent architects such as Philip Johnson, Robert A.M. Stern, and Peter Samton began their advocacy for the building’s protection, the Port Authority has made concessions to improve maintenance for the building while it is unoccupied. However, the Port Authority still intends to take it out of airport service and surround it with a new structure, which advocates believe is not in the building’s best preservation interest.

Alternative plans presented by the Municipal Art Society to the Port Authority and the Federal Aviation Administration in December 2001 still await a response. Because the TWA building is owned by a government authority, the New York City Landmarks Preservation Commission has no official role in determining the appropriateness of the Port Authority’s plans, even though it designated both exterior and interior of the building as a landmark in 1994. The discussions continue and help is welcomed.

At this writing, architects are spearheading a debate in New Haven, Connecticut over the fate of Breuer’s 1969 Pirelli Building, which is threatened with partial demolition to make more space for an IKEA parking lot. 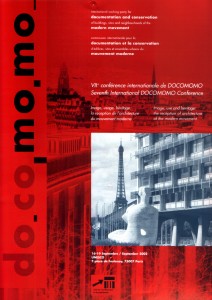 The DOCOMOMO U.S. Working Party will be organizing and sponsoring the eighth international meeting of DOCOMOMO in New York in September 2004. Columbia University’s Graduate School of Architecture, Planning and Preservation will serve as host institution and will identify appropriate buildings for its venue. With the theme, « International Postwar Modernism and the Conjunction of Preservation and Design, » this will be the first DOCOMOMO conference entirely devoted to the postwar period.

DOCOMOMO International has been unexpectedly successful in mobilizing large numbers of professionals dealing with modern conservation. It might be because DOCOMOMO was born at a time when preservationists, more familiar with older buildings, were becoming uneasy about the vast numbers of recent buildings that would soon require preservation.

Many architects joined because they were anxious to see the buildings they loved taken care of appropriately but lacked the needed expertise and theoretical background to wage a protectionist campaign.

Wesse de Jonge, founder and secretary DOCOMOMO International sums up the role of his organization in supporting the preservation movement: « DOCOMOMO has a lot to do with professional work and scientific research. But, to my mind — and I know that there are many members with the same interpretation — it has to do as well with a professional and personal commitment to explore the spirit of the Modern Movement. »

Published in Architecture Week on the 23th October 2002